Breast cancer is one of the most common diagnosed cancers in women worldwide and is responsible for a large number of cancer-related deaths. Although, male breast cancer cases are also reported sporadically, the physical and anatomical differences are largely responsible for high statistics among women. Some common factors that put women at risk include, increasing age, family history of breast cancer, hormonal treatment particularly after menopause, inherited and acquired mutations, radiation exposure, exposure to cancer causing chemicals, obesity/ high lipid intake, early puberty and/or menopause, and alcohol intake. Advance Educational Institute & Research Center (AEIRC) is starting a breast cancer awareness program series which is expected to run for the next six months. The inauguration of the series will be conducted at the institute on 31st of October, 2013. 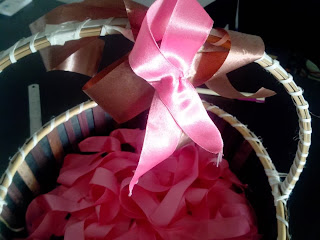 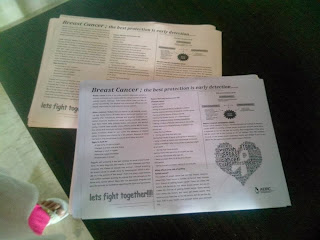 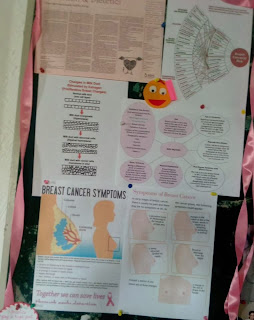 We celebrate the end of the breast cancer awareness month and pledge to put in our efforts for decreasing the breast cancer cases in Pakistan. women of all age grous were screened for BMI, BMR, HIP WAIST RATION, BODY FAT PERCENTAGE , Free participants were provided with free awareness material and discussion with panel experts. AEIRC is looking forward that best protection is early detection. the camp was leaded by CEO Ms. Sadaf Ahmed. As a symbol of awareness pink ribbons were distributed and an awareness survey form was filled for future research . 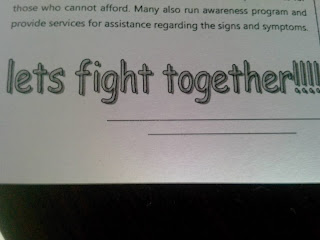